A FEW YEARS, A LOT OF HISTORY

Bresciangrana was founded on January 1st, 1997, by two companies: CIPAB (Consorzio Interaziendale Produttori Agricoli Bresciani) and Caseificio Rossini. Caseificio Rossini was located in Cignano di Offlaga (BS), Via Gambaresca 6, and was mainly dedicated to the production of soft cheeses, but it also had a department where it produced Grana Padano, with a seasoning warehouse of about 5500 wheels and six boilers for cheese production. As this part of the structure was unused, CIPAB asked Rossini to create a new company to be able to produce Grana Padano in this latter department. This marked the beginning of Bresciangrana’s journey, established with 50% of CIPAB associates and 50% of Rossini’s members. For about 6 years the company went on producing about 30 wheels a day in this facility.

According to the financing of the then development plan of the Lombardy Region, concerning the community funds of measure 1.G, the decision to build a new dairy was made.
Measure 1.G granted a significant non-refundable contribution to the expenses incurred for the construction of new facilities; therefore Bresciangrana submitted an application to Regione Lombardia in order to be able to participate in the call.
This call was successful as the application was accepted. So, the new Bresciangrana was built in the current headquarters, inaugurated on March 1st 2003 with the first cheese production.

2007: Rossini sold its shares to Bresciangrana

In 2007, Caseificio Rossini, due to investment needs and the decision of focusing more on the production of soft cheeses, sold 25% of Bresciangrana to CIPAB, which, by accepting the proposal, increased its share to 75%. At the end of the same year, Caseificio Rossini also sold the remaining 25%, leaving the company. CIPAB therefore held, since 2007, the entire capital of Bresciangrana.

February 2012: Incorporation of the adjacent dairy

In February 2012, Bresciangrana acquired at auction the adjacent Caseificio Rossini and incorporated it to the headquarters, converting the facilities previously dedicated to the production of soft cheeses.

On May 29, 2012 at 1:00 p.m., the second of the earthquake’s tremors with epicenter in Emilia-Romagna was also felt heavily in Cignano di Offlaga, where Bresciangrana is located, causing the collapse of the warehouse shelves with the downfall of 27,000 wheels of Grana Padano, causing a loss of almost 5 million Euros to the dairy. Due to bureaucratic misunderstandings, the dairy was not included among those to be compensated for damages caused by the earthquake, as the municipality of Offlaga was excluded from Decree 74 of June 6, 2012, as a territory not contiguous to the earthquake area. 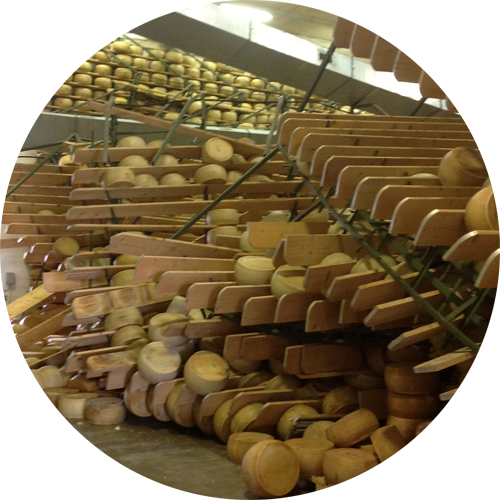 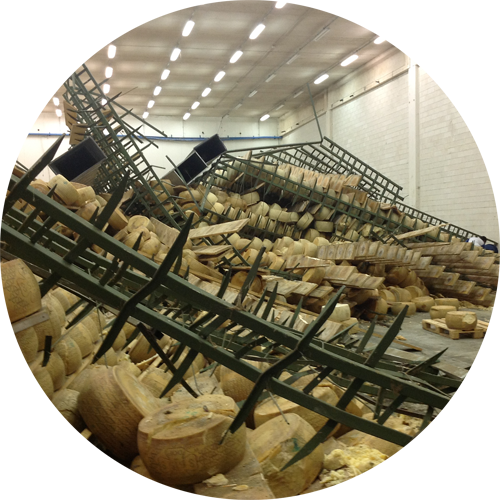 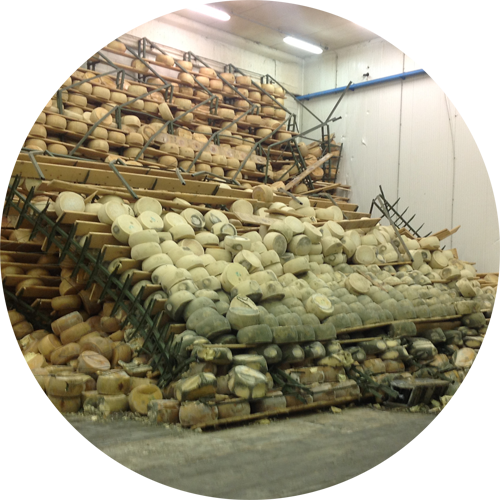 A new serum concentration department was opened in November 2012.

February 2013: Acquisition of the area for future extensions

In February 2013 a new area was acquired for future expansion, adjacent to the provincial road n. 668 (Lenese).

In August 2014, a new packaging department was opened, dedicated to small supplies.

In March 2020, 5 new packaging lines became operational in a dedicated department, for grated, flakes, cubes, vacuum-packed portions and in trays, with a total capacity of 250,000 wheels/year.